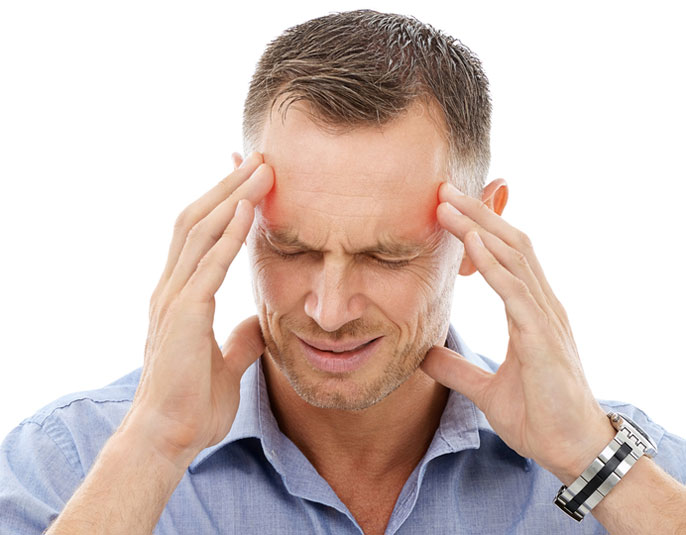 Migraines are not like typical headaches, in fact for those who have experienced migraines know how painful and uncomforting it is. A migraine patient might experience symptoms like nausea, sensitivity, and pounding pain. There are many ways in which this problem of migraines could be resolved. We here do not claim that it will completely be cured but one thing is assured that these remedies will reduce its severity as well as duration.

Here are some of the best Ayurvedic remedies of Migraines

Below are some of the most prominent Ayurvedic remedies for resolving the problem of Migraines.

Lavender oil is quite useful when it comes to solving the problem of Migraines. As per the results of the research carried out in 2012, people who inhaled lavender oil during the migraine attack for at least 15 minutes can experience fast relief.

Acupressure is one of the most widely entertained ayurvedic remedies for migraines. Try applying the pressure to specific points in the body with fingers. Acupressure is a credible alternate form of therapy. Altogether separate study also revealed that that acupressure might help relieve migraine-associated nausea.

Like Lavender oil, Peppermint oil can also be used to resolve the problem of migraines. The study proved that by applying menthol solution to the forehead as well as temples is an effective remedy for peppermint oil while suppressing the symptoms of peppermint oil including – nausea, light sensitivity, and migraine-associated pain.

Another ayurvedic remedy for migraines is ginger. Not only ginger suppresses nausea caused by several conditions but can also resolve the discomfort that one faces during migraines.

When it comes to migraines, research has proved how practicing yoga could reduce the chances of migraine attacks. Practicing Yoga every day can improve the anxiety, tension in migraine trigger areas while releasing the tension. It is not that Yoga is a primary form of solution to the migraine problem, but it actually is beneficial as a complementary therapy.

Mentioned above are some of the well tested ayurvedic remedies of a migraine. So, if you are suffering from a Migraine, we hope you would try these remedies.

To resolve the problem of migraines, you should avoid –